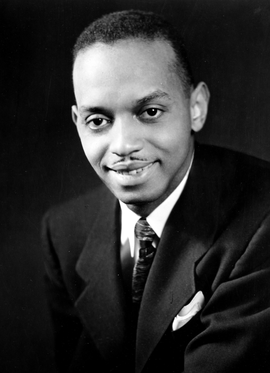 Donald Walbridge Shirley (1927-2013) was an American jazz composer and pianist. Shirley studied with Conrad Bernier and Thaddeus Jones at the University, receiving his bachelor's degree in music in 1953. During the 1960s, Shirley went on a number of concert tours, some in Southern states, with the hope that his performances might change some minds on views of African Americans. For his 1962 tour, he hired New York nightclub bouncer Tony “Lip” Vallelonga as his driver and bodyguard. Their story is dramatized in the Academy Award winning 2018 film Green Book (after the travel guide book for African American motorists navigating the segregated South at the time).

Ward Hall
Back to Top