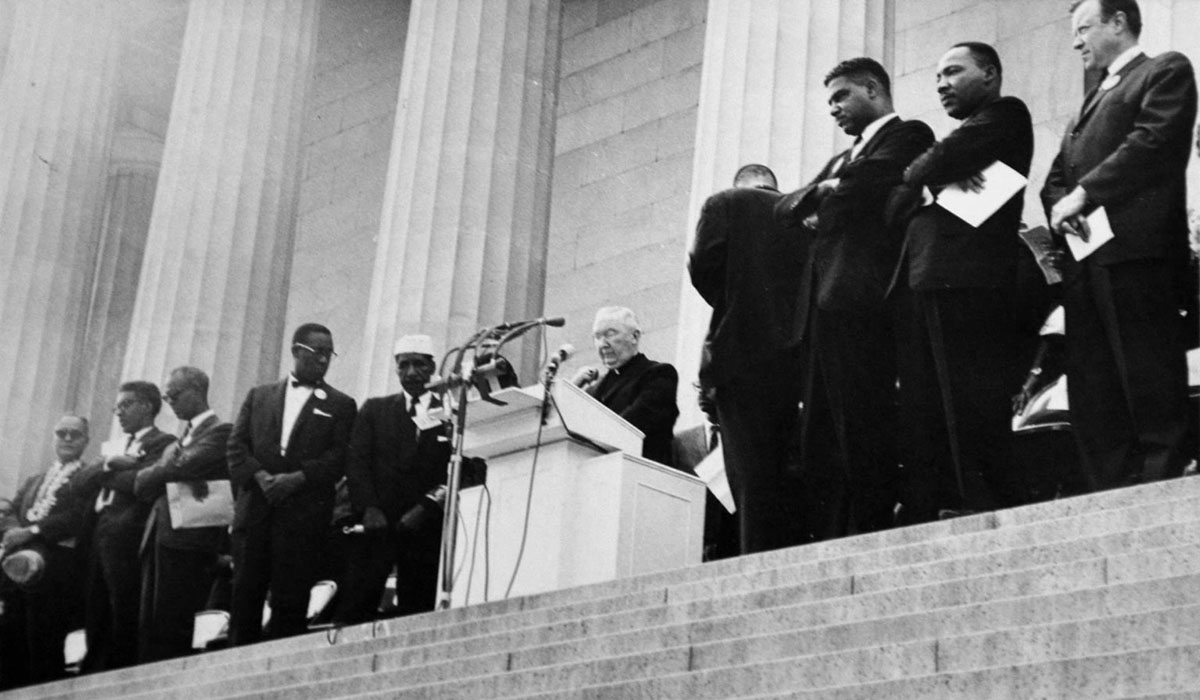 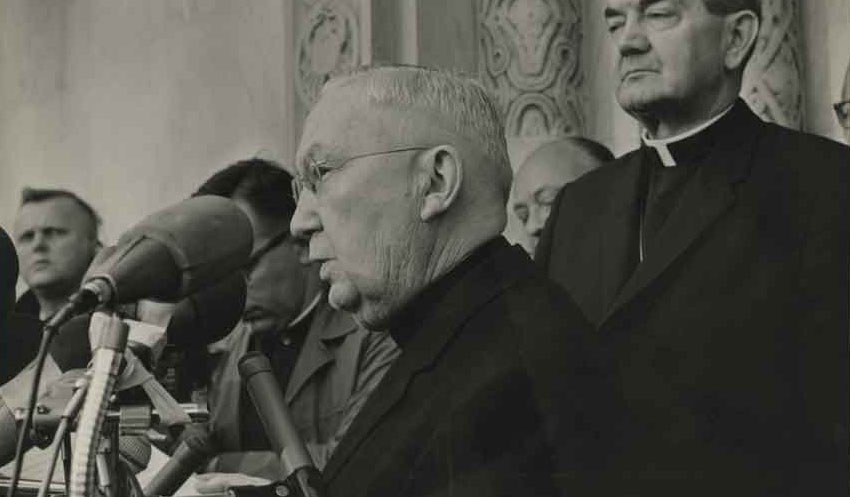 When the Archdiocese of Baltimore-Washington was split into the Washington and Baltimore archdioceses in 1947, Patrick O’Boyle (1896-1987) became the first archbishop of the newly created Archdiocese of Washington, D.C., serving in the post from 1948-1973. Archbishop O’Boyle (he was made Cardinal in 1967) had as one of his first goals to end segregation within his diocese, including the school system. Starting with the city of Washington first, O’Boyle then expanded his desegregation policies to the southern counties of Maryland that were part of the archdiocese. It was not a rapid process, as O’Boyle moved deliberately and cautiously, aware of the tumult that could result from such moves, but change did occur, with the city’s parochial schools experiencing varying degrees of integration prior to the Supreme Court’s Brown v. Board of Education ruling in 1954. Additionally, Cardinal O’Boyle delivered an invocation at the March on Washington held in the District of Columbia on March 28, 1963

O'Boyle Hall
Back to Top